From masters in analytics to experts on creative thinking, we’re assembling a collection of speakers that will challenge the way you think and approach your business. Today’s ever-changing business landscape rewards those who think differently — hear from experts who led their organizations to success by reimagining how to compete. 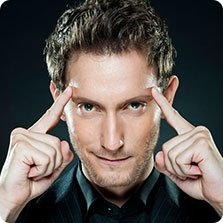 The master mentalist, Lior Suchard’s mind blowing performances of thought influencing, predicting and telekinesis, have made him the most sought after master mentalist in the world and brought him a list of fans stretching from A-list Hollywood celebrities to general members of the public. Lior has wowed live audiences all around the globe.

A regular on Jay Leno Show, Lior has stunned guests including James Spader, Kim Kardashian and others. Other memorable TV appearances saw him amaze the legendary Larry King in a One on One Special and almost reduce an astonished Barbra Walters to tears on The View.

With his live show Lior harnesses full crowd participation to perform supernatural feats far beyond telepathy and mind reading. Lior takes his captive audience on a thrilling adventure built on drama, tension and astonishment, doused with a huge sprinkling of humor, comedy and fun. 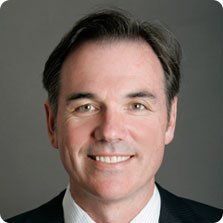 Considered one of the most progressive and talented baseball executives in the game today, Billy Beane has molded the Oakland Athletics into one of professional baseball’s most consistent winners since taking over as General Manager following the 1997 season. Beane shattered traditional MLB beliefs that big payrolls equated wins by implementing a statistical methodology that led the Oakland A’s, one of the worst teams in baseball with one of the lowest payrolls, to six American League West Division Titles. That strategic methodology has come to be known as the Moneyball philosophy, named for the bestselling book and Oscar nominated film chronicling Beane’s journey from General Manager to hero to celebrated management genius. Most recently, Beane was named Major League Baseball Executive of the Year for the second time by Baseball America in 2013 (first earned in 2002).

Today, Billy Beane’s “Moneyball” philosophy has been adopted by organizations of all sizes, across all industries, as a way to more effectively, efficiently, and profitably manage their assets, talent, and resources. He has helped to shape the way modern businesses view and leverage big data and employ analytics for long-term success. 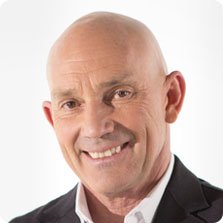 He is a former lead solo pilot of the Blue Angels, a Sloan Fellow at Stanford School of Business, a gratitude guru and an expert in the how of High Performance teams. His exciting, rare journey inspires awe, triggering audiences to take action and rethink what they believe is possible. John employs those intense realities as a metaphor to motivate teams and individuals to reach for their highest potential while empowering organizations to sustain excellence under dynamic change.

John consistently performed in an extreme, high-stakes environment, flying at speeds of more than 500 miles per hour and in formations as close as 18 inches apart. To survive in those circumstances, he relied on a culture of high trust and leadership that turns inherently unforgiving flight into extraordinary experiences. He employs those intense realities as a metaphor to motivate teams to reach for their highest potential and empower organizations to sustain excellence under dynamic change. 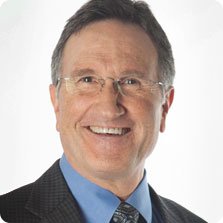 Anyone can build a durable brand. Here’s a hint: budget is the least of your concerns. Strong leaders are the key to creating, and sustaining, an adaptive culture and timeless brand. Doug will share how Disney consistently develops the world’s most engaged, loyal and customer-centric employees that deliver on the brand promise.

Doug Lipp is a distinguished consultant, business keynote speaker, eight-time business author and world authority on building esteemed organizational cultures. He helps companies see how values and culture form the essence of their business and provides clear insights on how they can build an even stronger brand. The foundation is values-based leadership, teamwork, and innovation.

Doug was catapulted, at the age of 29, to the helm of the employee training team at Disney, one of the world’s most beloved and respected institutions. Fluent in Japanese, Doug helped Disney start its first international theme park as a member of the Tokyo Disneyland opening team.

Are you a presenter or speaker? Get presenter information.